Mosquito Pr/B Mk IV cockpit and nose This is the set of drawings, on Flickr 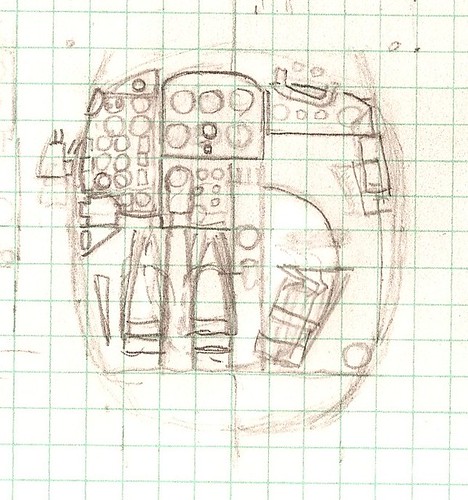 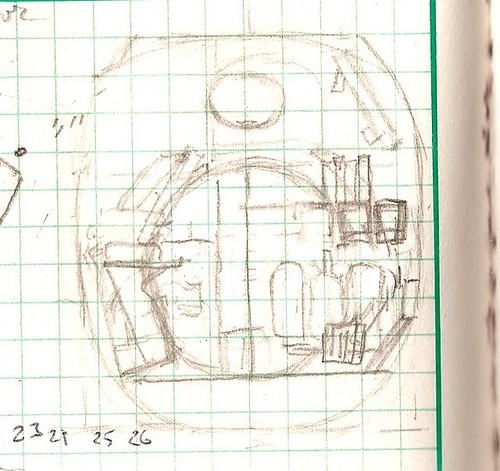 Various other black/dark gray colors:
– Instrument faces,
– Control boxes and fiddly bits on both sidewalls and on the wing spar.
– Radio cables

Yellow
– Engine instrument surround for (fuel pressure?) – middle row of the three rows of color-surrounded engine gauges.
– Some knobs and controls on radios
– (with black stripes) release handle for entrance hatch, emergency hatch in canopy, dinghy release
– Some of the twin knobs on the engine control box.

Blue
– Engine instrument surround for (water temperature) instruments. The bottom of the three rows of color-surrounded engine gauges on the lower left corner of the pilot's instruments.
– Some knobs and controls on radios

Buff/beige cardboard tube:
Each cartridge for the flare pistol was packed in a cardboard tube. A colored band around the tube indicated the color of the flare. The usual quartermaster and production information was printed in the usual black ink.

Beige/light gray/off white: I’m not sure what material this is.
Cover over the wire bundles that run from the aft bulkhead to the various control boxes on the observer’s sidewall, forward into the bomb aimer’s compartment and across the roof of the same to the back of the instrument panel.

“Engine Controls and propeller controls”:
The engine control box has two levers outboard, on the far left, which have round, black, knobs. There are two levers inboard, on the far right of the quadrant, which have square, often orange yellow, handles. The quadrant itself seems black, with bare aluminum trim and placards, and a red button on the inside (toward the pilot) at the back end.
I presume those colors correct for 1941-1945. I wonder, is the yellow-orange for real? I assume so.

Posted in Painting and Finishing, Real Airplane Research, What, Why

Getting directory contents from inside Java

I went searching for an example, found:
http://www.javafaq.nu/java-example-code-120.html
which shows several different ways to display content- everything, directories only, filter by string. I added a toy user interface so I can play with it interactively, resulting in a new main method:

// Now do another example that only prints out the directories
doFileFilterDirectoryListing( target );

Much nicer, more fun, than a compiled-in directory string.