If I could do thumbnails they’d be here…

I’m astounded at how fragile all this is. Make a mistake way down the page and other stuff breaks. Why? 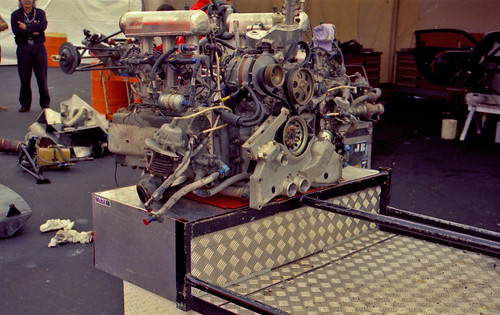 Mr. Wiley’s *other* 911 (993) GT1 engine picture- the back end of an engine still attached to a car, which it had been propelling, but no transmission, suspension, etc in the way. All the coils, cables, brake calipers, etc, that the mechanics would prefer NOT to disconnect are… NOT disconnected! My kind of photographer!: 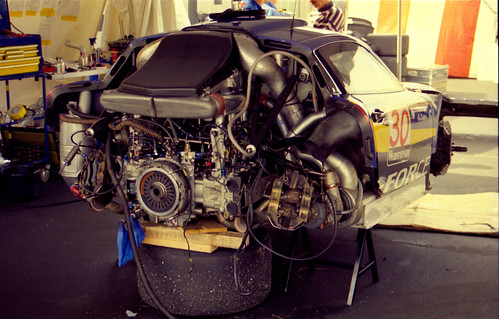 One pretty good photo from my set of the Rohr 1996 car: 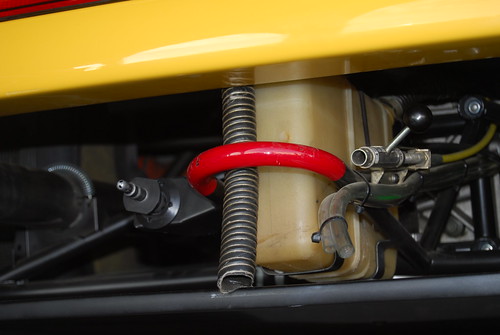 Solid gold: A photo of a GT1 1996 with front and rear bodywork removed, tires and everything else visible: 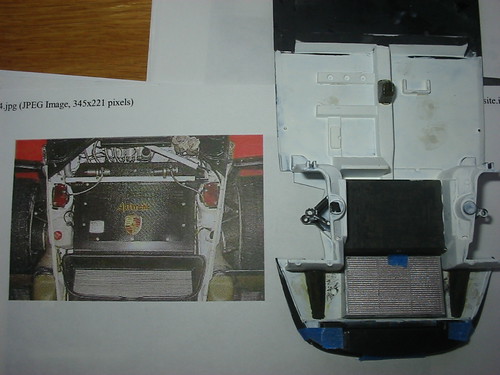 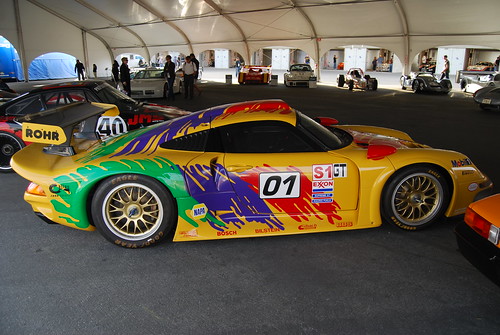 
You’ve got your fuel supply (the other bank of cylinders has supply and return…), ignition wires (3, see them? low tension, coils are on top of the plugs..)
The four hoses every waste gate needs (Manifold pressure, control pressure (for the diaphragm) AND oil supply and oil scavenge… all must be present or it won’t do its job right!)
AND the alternator’s cable, heat-shields above the coils and sparkplugs, whacking great water pipes underneath (freshly cooled water from the radiator went straight to the exhaust valve side of the heads…) AND the manifold pressure “log” next to the intake plenums… I bet the intercoolers just barely cleared them, which is they they were relocated for the 1998 cars…


Wiley’s got more, of course:

Another beautiful gift to the model building community. You can see the messy plumbing on the top of the engine, pipes around the oil tank (see the big one down low?) And the brakes And the stainless steel braid at the exhaust system expansion joints..a blue rag(s) stuffed into the transmission heat exchanger/radiator/whatever… and that master-cylinder-looking gizmo- metal rod sticking out and down, supply hose at the side at the other end, and a straight line coming out of the long axis. Master cylinder with remote resevior? Black oil fiter.Red and blue AN fittings. And that long white hose snaking around on this side of the engine because it can’t run back to the catch tank…

And here’s my own small efforts:

Here’s a great kit-build much more detail about the Tamiya kit and the build process than the earlier article on Modeling Madness, valuable though that one was..

I need top put in a thumbnail image here…. This is a big scan, scroll down to see all of it.

A 911 GT1 customer car, front and rear body removed.
A 911 GT1 as it was actually used. Pictures like this are harder to find than you might think…

“The Auto Union” forum posting, with clickable thumbnails. Was the McLaren picture taken down?

Click here for the overhead photo in its own window. Its a big scan, you’ll have to scroll down to view it all, or zoom out.

There’s a very nice passenger compartment photo here, in the first page of the article.