Just the links, please: click through, cut-and-paste links that will work. In spite of me.

Andial have a superb web site with photo collections on various topics. One is on doing a major service to a 1997 “996” based 911 GT1.
http://www.andial.com/galleries.html
The lighting and production are very good, and this is the only place I’ve seen a GT1 engine from underneath. I believe its 215 pictures, so take your time and enjoy yourself. There are also good pictures of the top of the engine with the intercooler airbox removed, pictures of the front of the engine (where the belt and pulleys are), etc.

Because this is a “street” car, the air intake is slightly different: Instead of compressed intake air flowing from the front of the intercooler to the back, then out to two plenums, each feeding on bank of 3 cylinders, you get intake air coming in from the outsides, flowing through the intercooler and into a single, central, round port, feeding a manifold with six spider-leg runners that go down to the cylinders. This looks a lot like a 959, and might be standard Turbo parts. I’d expect no small amount of skill is involved in making a street-friendly grocery hauler with a 350hp, 450hp or 550hp top end- it would be logical to keep going with something that works at the lower output rather than starting with the full race engine and trying to civilize it.

Lemans-models.nl, nice site from the Netherlands illustrating 911 GT1 colors from their various owners and appearances. There’s some really cool stuff here, not just the shark marking, though obviously that’s a keeper in my favorite colors of gray and white…   http://www.lemans-models.nl/MERKEN/porsche_GT1.htm

A terrific build article on the Tamiya kit. Like myself, this modeler couldn’t just live with the lack of 993 front sheet metal details in the Tamiya kit, but took a different route than I did in filling it in. Better and more complete than my own work, in some senses. I strongly recommend them!

Art and Revs is an exotic car dealer, with photos of chassis 104, which they sold:
http://www.artandrevs.com/produit.php?id=3&lang=fr&page_id=16

Solid gold: Photos of a 1996 911 GT1 customer racing car with front and rear bodywork removed, tires and everything else visible: 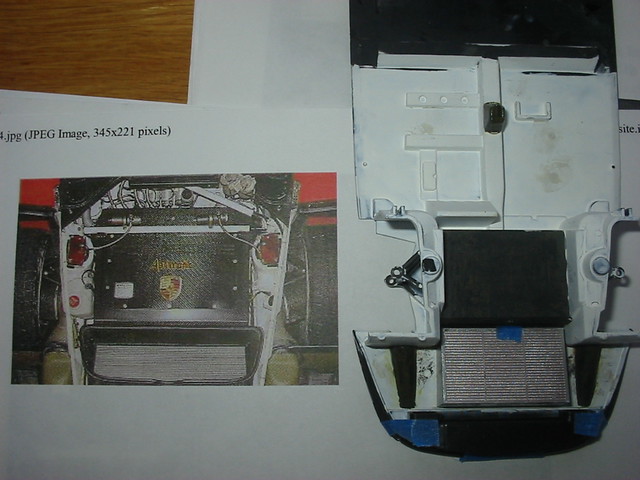 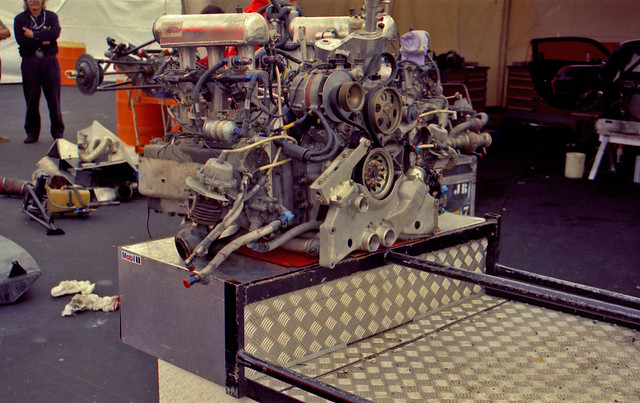 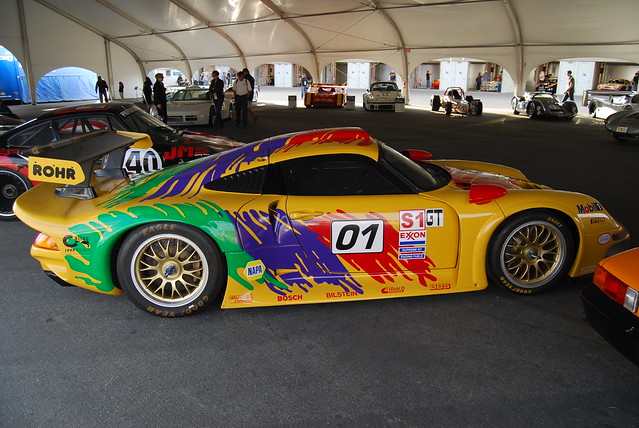